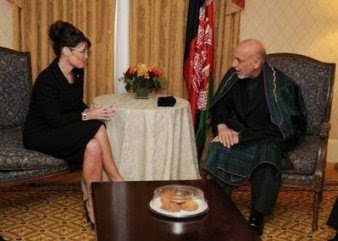 For days, weeks even, Republican vice presidential nominee Alaska Governor Sarah Palin has been given a free-pass by getting complete and intensely favourable coverage of her coronation into the upper echelons of national politics without much of the scrutiny that would accompany such ascension. John McCain’s public announcement of his running mate was scheduled to minimize the impact of the favourable ratings bounce in the opinion polls immediately following the Democratic National Convention held in Denver that climaxed just the night before.

While the Democratic presidential hopeful Barack Obama has been derided by his opponents as grossly inexperienced for the job as chief executive officer of the country, McCain, who himself has never operated as an executive in any government capacity, picked a woman who, at the time of her selection, had less than twenty months of governorship experience of the least populated state in the nation. The only other executive experience Ms. Palin had was her two term stint as mayor of Wasilla, Alaska with a population considerably less than seven thousand.

In order to minimize the fallout from the Hail Mary selection of Ms. Palin, the Republican presidential campaign organizers have been limiting Ms. Palin’s exposure to scrutiny. While reporters are allowed to ask her questions, she’s never placed in a situation where she has to answer. In the past four weeks, I have only seen two reporters who have been blessed with access to Ms. Palin. There was the much ballyhooed interview with Charles Gibson of ABC News who was careful to handle Ms. Palin with the softest of kid gloves, even though he still managed to expose her as having limited-to-no understanding of international issues with a question about the Bush Doctrine and its interpretation (America has the right to preemptively attack other nations perceived as threatening). The other interview was the romper room rebound with Sean Hanity of FOX News with his infuriatingly sympathetic questions and mannerisms in a one on one interview with Ms. Palin that would make tell us where the bad man touched you look like an Abu Ghraib-style interrogation.

Then came Tuesday 23 September, and everything. In New York to develop some understanding of foreign affairs and to gain some credible international exposure, Ms. Palin was to do a photo shoot with Afghanistan President Hamid Karzai and Colombian President Alvaro Uribe. At the last minute, campaign aides tried to ban reporters from the meetings. The McCain-Palin team only wanted photographers at the meetings. But the news organizations finally said no. If reporters weren’t allowed, then there would be no cameras. Suddenly realizing that their gravy train might jump the track, there was some negotiation and a single producer was allowed thirty seconds to accompany photographers. The McCain-Palin campaign downplayed the altercation, calling it nothing more than a misunderstanding.

I’ll admit that one producer for thirty seconds is rather trivial. But the simple fact that the news organizations didn’t simply roll over like they have been accustomed to is a huge step in the right direction. Manipulation of the press as tools of propaganda has become the norm over the past seven plus years of the Bush administration. And without press coverage, it would be difficult for anyone to get the exposure necessary to win the white house. If any presidential candidate wants only favorable exposure from a network then they can buy it.

The idea that such political candidates seeking the white house can completely dictate terms of news coverage is alarming. The methodology a political campaign uses to win an office is the same methodology they will use to run it. A political campaign that wants to hide its candidates from public scrutiny can hardly be considered transparent and open for examination. We have been sold the idea that Ms. Palin is ready on day one and that she has a world of executive experience and that she will be a game changing reformer in Washington’s political circles. But if the past nearly four weeks are any indication we should be able to see that Mr. McCain and Ms. Palin are nothing but warmed over manipulators looking to take every advantage while offering little in return unless it is on their terms.
on September 27, 2008

Email ThisBlogThis!Share to TwitterShare to FacebookShare to Pinterest
Labels: Dodging the press

Amkeni Ndugu Zetu!
Truth comes only to conquer those who have lost the art of receiving it as a friend. Report Acts Of Violence In Kenya

"Amnesty can only be granted when one has been tried and convicted. If we brush aside violations without acknowledging we may encourage another chapter of chaos in the country."
-Martha Karua, Minister of Justice
"In 1980, Museveni went to the bush claiming that the elections were rigged. Now he is the same man congratulating Kibaki whose victory is being disputed. This is the saddest thing the President has done to East Africa."
-Prof. Ogega Latigo, Uganda's Leader of the Opposition in Parliament
"I do not know whether Kibaki won the election."
-ECK chairman Samuel Kivuitu talking to The Standard after admitting that he read the election results under pressure from PNU 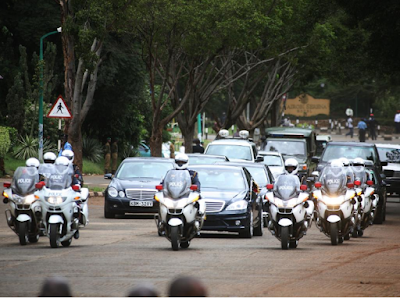